“Every Prophet is given a sign to manifest his rang as a Messenger. Moses was sent to Pharaoh whose people excelled in magic. To convince them he had to perform a miracle of magic. He changed a staff into a snake. Jesus appeared in an age when the most vestiges (?) art was medicine. He worked a scientific miracle, he resurrected a dead. Mohammed was sent to people who had no longer be impressed by material exceptionalities but being professionals in rhetoric – in balagha بلاغة – demanded a more sublime prophetical sign. Mohammed therefore presented a linguistic miracle, he brought a scripture, the Quran.” Al-Ŷāḥiẓ الجاحظ (literato y pensador de Basora, siglo IX).  Traducción libre de Dra. Angelika Neuwirth (min. 6). 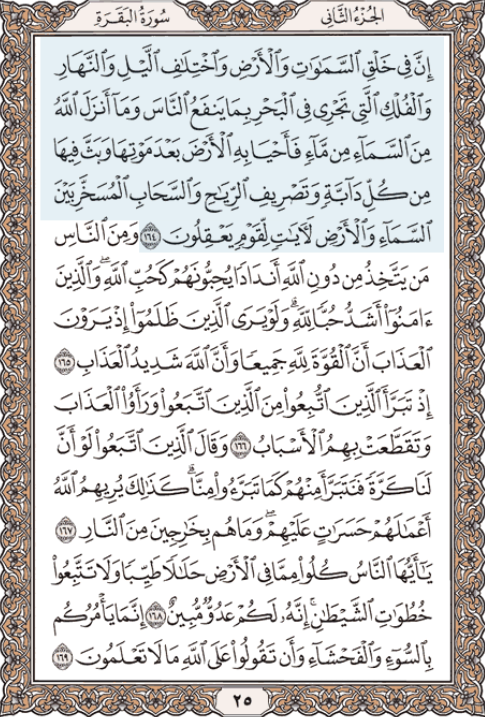 Islam as a Culture of Knowledge

In this interview with Anna Alvi and Alia Hübsch, Prof. Angelika Neuwirth says that the claim that Islam lacks an Enlightenment is an age old cliché, and that it is pride in the Enlightenment that continues to lead people to believe that Western Culture is superior to Islam

Prof. Neuwirth, your book Der Koran als Text der Spätantike (The Koran as a late antique text) runs to over 800 pages. In it, you try to find a European door to the Muslims’ holy book. What exactly do you mean by the “European” perspective on the Koran?

Angelika Neuwirth: The book itself explains what I mean. I try to show that when one reads the Koran historically, one encounters the very same traditions that Europeans consider fundamental to their culture. The Koran is read as a proclamation, in other words as a message to people who were not yet Muslims at the time. After all, they only became Muslims through the proclamation. This perspective shows that back then, the same problems were being discussed on the Arabian Peninsula and in the surrounding late antique world, which was in a way later perceived as being the foundation of Europe. In other words, we all come from a common genesis scenario, something that was only obscured by subsequent historical developments.

The Koran made a major contribution to a lively debate in Late Antiquity: Angelika Neuwirth’s well-funded analysis of the early period of Islam is undoubtedly a boon for the field of Islamic Studies

So it is less about finding a “European” door to the Koran and more about common late antique elements or the influence of antiquity, or about the so-called “Orient” and “Occident” being able to claim these elements as exclusively their own …

Neuwirth: But the fact of the matter is that they do. Both in the Orient – in other words in Islam’s conventional self-perception – the assumption is that right from its very origins, Islam was essentially different from the culture around it and that with it, something completely new came into the world. Prior to this was the Age of Jahiliyyah, i.e. the Age of Ignorance, an era held in low esteem that does not really deserve much recognition.

In the West too, Islam is seen as completely different, i.e. something that doesn’t belong to Western culture. These are ancient codes regarding what constitutes “difference”. They do not apply to this day, but came about because of earlier shifts in power or balances of power.

Would you then reject the notion that Islam still needs an Enlightenment or that reason and science are at odds with faith?

Neuwirth: The claim that Islam lacks an Enlightenment is an age-old cliché. Pride in the Enlightenment – even though this pride has died down somewhat – continues to lead people to believe that Western Culture is way ahead of Islam.

There has never been a comprehensive secularisation movement in Islamic history for the simple reason that the sacred and the secular already existed side by side in Islam. Moreover, the imbalance of power between East and West has not always been as it is today. For a very long time, the Islamic culture of knowledge was far superior to that in the West or outside the Islamic world as a whole. This was not least the result of the fact that the Islamic culture was more advanced in terms of media.

For example, paper was being manufactured in the Islamic world since as far back as the eighth century. This in turn made it possible to disseminate huge amounts of texts, which was definitely not the case in the West at that time. Without a doubt, more than 100 times more Arabic texts were brought into circulation during this period than was the case in the West. Right up until the fifteenth century, people in the West relied on parchment, which was very expensive and hard to come by.

What image of women and humans does the Koran portray?

Neuwirth: Of course, the Koran is not a reference work for social behaviour. Many people assume that all of Islam’s norms can be found in the Koran. But that is not the intention behind the Koran. The Koran was a proclamation to people who were familiar with other norms and were willing to call these norms into question. The Koran highlights discussions about various norms. The fact that the relatively small number of legally relevant instructions were then put together in a system and made part of the Islamic canon of norms, the Sharia, is a different matter altogether.

The subsequent literature on law does not reflect the same situations as the Koran. This is particularly evident in the case of the image of women in the Koran, which is completely different to the image of women in Islamic law literature. Here in particular, the Koran takes a revolutionary step forward: it puts woman on the same level as man before God. That is truly unique for this period. Both genders will be judged in the same way at the Last Judgement. This may seem irrelevant today, but it isn’t. At that time, gender equality between men and women was completely unthinkable. There were even discussions as to whether women had souls at all. Women were judged very ambivalently, and their legal status in many pre-Islamic societies was incredibly unfavourable. The Koran also puts women on a par with men on important secular matters too; they have rights and are even entitled to inherit. In other words, women are not legally incapacitated.

Neuwirth: If one reads and interprets the Koran as a kind of information medium – as many contemporary Koranic researchers do – one does not do justice to it. The Koran is heavily poetic and contains a whole range of messages that it imparts at a semantic level – not at all explicitly, not at all unambiguously; it gets these messages across through poetic structures; if it didn’t, it wouldn’t be as vivid as it is. What makes the Koran unique is its complexity, its multiple layers, the fact that it speaks at different levels. On the one hand, of course, that is the huge aesthetic attraction. However, it is also, if you like, hugely attractive in rhetorical terms or in terms of its power of conviction.

While it might be possible to sum up the mere information in the Koran in a short newspaper article, the effect would not have been the same. It really is about enchantment through language. Language itself is also praised in the Koran as the highest gift that humankind received from God. Naturally, this is related to knowledge. Language is the medium of knowledge. This is why one should never on top of everything else accuse the Islamic culture of being averse to knowledge. The entire Koran is basically a paean to knowledge, the knowledge that is articulated through speech.

What parallels are there between the Koran and the religious scriptures of the Jews and the Christians? What exactly is it that makes the Koran stand out or what new aspect did the Koran bring?

Neuwirth: The Koran must have brought something new; after all, it came into the world so many hundreds of years after the last and previous holy scripture – about 500 years after the New Testament. On the one hand, I would say that it is its insistence that knowledge is an immensely important part of human life and of human religious life too. This is not, for example, important in the New Testament. The New Testament focuses on other things; as does the Torah, the Old Testament, in other words the Hebrew Bible.

The focus on knowledge is undoubtedly something new that was not there before. This is linked to its genesis in Late Antiquity, a time when people were simply willing to give priority to knowledge. What’s more, another novelty is that the universalisation of the message, a message that is now sent to all people, plays a major role in the Koran.

New insight into the Koran: since 2007, Angelika Neuwirth has been head of the research project “Corpus Coranicum” at the Berlin-Brandenburg Academy of Sciences and Humanities, where experts in Islamic studies are working together to produce a comprehensive edition of the Koran that focuses on its interpretation in a historical context

Nor is there much understanding in the Koran for the Jewish view that the Jews are God’s chosen people. The Koranic voice rejects an election such as this; instead, humans as a whole take the place of the chosen few. It also rejects the election of the Christians, who put themselves in the place of the Jews. There are no chosen ones; there is just humankind as a whole, humans who follow certain models, but who cannot appeal to any privileges as the chosen people; neither in the way the Jews invoke Abraham or the Christians Christ. Such invocations do not help when one is standing before God; instead, everyone is responsible for himself or herself and has to account for his or her actions.

In other words, everyone can build up his or her own personal relationship to God without the need for any kind of intermediary in between?

Neuwirth: Yes, you could put it like that, although the Koran itself is, to a certain extent, a kind of intermediary, a medium that makes it easier to reach this state. By fulfilling one’s ritual obligations – above all by praying – and reciting the Koran, a door is opened to the believer that is not open to others. This is, however, a ritual verbal door, but not a privilege that is granted to one person or is based on a procedure or a figure of salvation.

Prof. Dr. Angelika Neuwirth read Arabic Studies, Semitic Studies and Classical Philology at the Freie Universität Berlin and in Tehran, Göttingen, Jerusalem and Munich. Following her habilitation, she worked as a guest professor at the University of Jordan in Amman from 1977 to 1983. She was director of the Orientinstitut der Deutschen Morgenländischen Gesellschaft (Oriental Institute at the German Oriental Society) in Beirut and Istanbul from 1994 to 1999. She is currently working as a professor at the Freie Universität in Berlin. The main focus of her research is on the Koran and Koranic exegesis, modern Arab literature in the Levant, Palestinian poetry and the literature of the Israeli-Palestinian conflict. In June 2013, she was awarded the Sigmund Freud Prize for academic prose for her Koranic research.

Translated from the German by Aingeal Flanagan